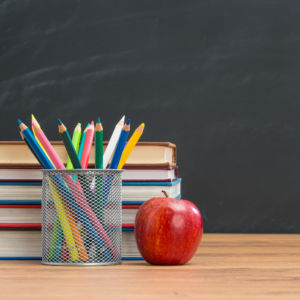 Continued fallout from a testing snafu has state officials in Tennessee working with the federal education department to update their school and district accountability plan even after the proposal has already been formally submitted. The main goals outlined in Tennessee’s state education plan—such as increasing the share of third graders reading proficiently by nearly 75 percent in the next eight years—will remain in place.

Under the 2015 federal law, the Every Student Succeeds Act (or ESSA), that restructured the nation’s education system by devolving power to state governments, each state is still required to submit an accountability plan for federal education department approval. Most states are waiting until the “late” September 18th deadline to submit their plan, but fourteen states, including Illinois, Washington, D.C., and Tennessee opted for the “early” April 4th deadline.

News broke this morning that the Tennessee plan is not actually a done deal yet. Last year the state’s testing vendor, Measurement Inc., experienced widespread technical glitches that disrupted standardized testing. State officials ended up scrapping the tests for students in grades 3-8. A Tennessee education official told InsideSources that the lack of scores from last year has stymied efforts to set informed achievement goals for younger students. The official said that updates to the plan would be forthcoming once results are in from this spring’s administration of the new state test.

Despite the marginal changes, the main structure of the Tennessee plan is expected to move forward. Like numerous other states, Tennessee officials, led by Education Commissioner Candice McQueen, opted to keep track of chronic absences as their nonacademic measure of school quality. Out-of-school suspensions will also count toward the metric, a discipline tool that has fallen out of favor nationally.

The Volunteer State is also prioritizing graduation rates, as well as a new yardstick called “Ready Graduate.” The measurement encourages high schools to increase the number of students who score a 21 or higher on the ACT or an equivalent score on the SAT. Graduating students can also qualify as a “Ready Graduate” if they earn multiple post-secondary course credits through AP exams or dual enrollment, as well as earning a vocational certificate or demonstrate readiness for a career in the military through other specialized standardized assessments.

A major feedback point that state officials received while going through their public input process was a desire among stakeholders to align the rubrics through which schools and school districts are evaluated. Under the Tennessee plan, school officials and district administrators can expect to be working toward the same objectives, according to a state press release.

Both schools and districts will be sorted into one of five tiers depending on their performance on the academic and nonacademic portions of the accountability formula. As with other states, the performance of protected “subgroups” of historically marginalized or economically disadvantaged students are weighted more heavily by the state’s plan.

Besides boosting third grade literacy, other long-term goals the state has set for itself include ranking in the top-half of states in the federally administered National Assessment of Educational Progress by 2019, raising the average ACT score to over 21 by 2020, and ensuring that more than half of the state’s graduates go on to earn at least a postsecondary certificate by 2020.

The state ESSA plan also weighed in on the growth vs. proficiency debate that has captivated education policy wonks. While the state is still weighing raw standardized test scores most heavily in how it evaluates schools and school districts, growth—or improvement in test scores over time—will also factor into the formula used to grade schools at all levels.

Successful intervention in low-performing schools, or school-turnaround, is a major reason why Washington wants states to rigorously evaluate their schools and districts regularly. Like other states, Tennessee’s state education agency plans to intervene in its struggling schools. Officials have stated that empowering local officials to take the lead in turning around substandard schools through use of proven reforms is a priority for state leaders.

Tennessee’s education officials have a powerful advocate in Congress to help grease the skids on their plan’s approval. Republican Lamar Alexander, the state’s senior senator, is the chairman of the Health Education Labor and Pensions Committee. Alexander is also a former governor, and a former education secretary during the first Bush administration. He has told states that they should expect their ESSA plans to be approved by the federal education department.

In a statement, Alexander lauded the educational reforms he helped shepherd through his committee in collaboration with Ranking Member Patty Murray, D-Wash., and commended his state’s education chief, Candice McQueen, for the plan she put together with her staff:

“Tennessee now decides how best to help its students succeed in the classroom,” reads part of the statement. “This is an exciting and important step in the successful implementation of the law, and I congratulate Candice and her team on working with so many to create the state’s new plan under the Every Student Succeeds Act.”

The full Tennessee ESSA plan can be viewed here.